Hole saws are very popular because they allow you to make holes of various sizes in a range of materials for a variety of purposes. While the hole saw is immediately distinguishable, there are two main varieties, each with its unique set of applications. In some aspects, arbored and non-arbored hole saws are similar, but they differ in others.

There are primarily two types of hole saws, which we will describe in this post. Which hole saw should you choose or prefer, an arbored or non-arbored hole saw?

What is the distinction? No, the existence or lack of the pilot bit is not the issue.

Arbored hole saws are the superior choice if you want a sturdy and fast hole on your work project and don’t need cutaway components.

Non-arbored hole saws, on the other hand, are the way to go if you need cutaway components and are willing to put in the time to set up guiding plates.

What is an Arbored Hole Saw 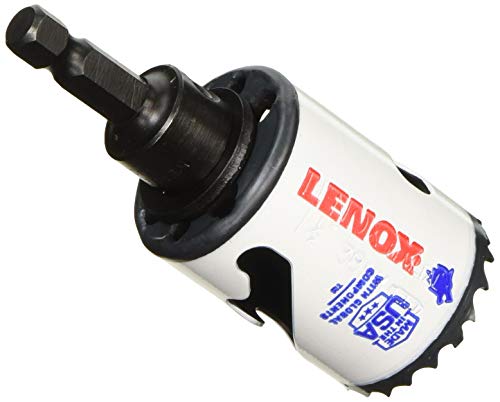 An arbor, also known as a pilot drill, is located in the center of the arbored hole saw. This is a drill bit that creates a tiny hole in the surface before using a hole saw to create a larger hole. This arbor holds the hole saw in the middle of the hole, making it more stable.

What Is a Non-arbored Hole Saw? 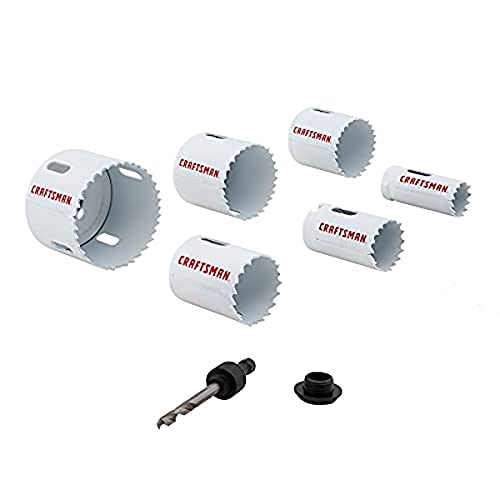 Non-arbored hole saws do not have an arbor. Only the saw that drills directly into the material is available to you.

Without using a pilot drill, the hole saw drills right through the surface, leaving a round cutaway piece with no holes. The non-arbored saw is ideal if you want to reuse the cut component for another project.

The main difference between an arbored and non arbored hole saw in design, performance, and the result is stated below in brief details.

In hole saw hole cutting, the central drill, also known as the arbor, is extremely crucial. In arbored hole saws, the center drill reaches the surface first and drills a pilot hole, allowing the hole saw to cut with greater precision.

Because a non-arbored hole saw lacks a central drill or arbor, it can reach the surface without coming into touch with it first and cut immediately.

Both arbored and non-arbored hole saws have the same hole saw, which is somewhat similar in both circumstances. The arbor is where the difference lies. Although an arbor or central drill is designed to last several times longer than a hole saw, it will ultimately wear out and need to be replaced.

Before beginning the cut on the surface or project, the user must first set the right-sized arbor on the drill, as well as the right-sized hole saw. Non-arbored hole saw users, on the other hand, simply need to select the appropriate hole saw the size and get started. Screwing and unscrewing the saws and drills takes less time and effort.

Based on the drawing, an arbored hole saw can begin cutting holes. The user only needs to draw the area and a center mark, and the pilot drill and hole saw will begin drilling on the center mark and cutting on the chosen area, respectively. There is usually no need for a guiding plate.

A guiding plate is necessary for a non-arbored hole saw to achieve a precise cut on the chosen region. The guidance plate lies on the work surface and assists the user in cutting precisely in the recommended region.

The arbored hole saw is suited for people of all levels of expertise, from beginners to specialists, and anybody can operate it with the right techniques thanks to the arbor in the center that leads the hole saw.

Non-arbored hole saws, on the other hand, are best suited to skilled workers. Because there is no guiding drill, amateurs frequently make the wrong cut or in the wrong region, therefore this tool requires professional and calm hands.

The arbored hole saw’s center drill begins the cutting operation by drilling in the chosen cutting surface’s center. While this aids in cutting, it also results in a small hole in the midst of the cutaway pieces. As a result, they are usually dropped from other applications.

The cutaway piece remains intact and round because the non-aborted hole saw does not generate a pilot hole. In most cases, non-arbored hole saws are used to keep the cutaway component in good condition.

The hole saw in the arbored form stays stable thanks to the middle arbor, and cutting is more precise because of the guiding drill. The non-arbored hand saw, on the other hand, begins cutting immediately and relies entirely on the worker’s hands for stability, making it less stable in operation.

Which One to Pick?

Non-arbored hole saws are used to cut holes in surfaces so that you can use what was cut out. It will produce a smooth line without a center hole that could damage the material being removed.

Arbored hole saws with a pilot bit, on the other hand, are the ones to use if you don’t require the material removed. It’s because the integrated shank and pilot drill will improve precision.

Can You Use a Hole Saw Without the Drill Bit?

You can use the hole saw without the pilot bit, but I recommend using a drill press and holding the work tightly. Because those tiny saw teeth don’t bite into the wood as well as a drill bit, the pilot hole is designed to keep the hole saw centered.

How Do You Use a Hole Saw Without Arbor?

Step 1: Insert the bolt into the saw hole. Take the bolt and insert it into the hole saw with care.

Step 2: Secure the Pliers to the Hex Bolt. The pliers should be locked onto the hex bolt.

Step 3: Drill a hole in the ground. Begin drilling carefully into the wood by moving the drill bit down into the wood.

How Do You Use a Non-arbored Hole Saw?

How to Use a Hole Saw

The arbored hole saw is ideal for larger holes and easier starts, although controlling the depth of the cut can be challenging. The non-arbored hole saw may be a preferable choice for smaller holes or higher precision.

So, when you finally go to your local hardware store, you’ll know exactly which one to get. Select a hole saw that meets your requirements and preferences.

Finally, regardless of which option you choose, make sure you practice on scrap wood first before starting your final project!